As we near the end of the year, we can begin to see how UK lending is performing quarter-on-quarter – and from where we’re standing – it looks positive. We can reflect on the, dare we say, economic recovery and so far we’ve seen some encouraging increases in month-on-month lending. A sluggish first quarter has given way to an improving third quarter, with increases in lending across the board quarter-on-quarter and year-on-year, according to the latest Council of Mortgage Lenders (CML) report.

CML reported that lending in September has seen increases for first-time buyers, re-mortgage and buy-to-let borrowers – a recurring pattern and a more muted but positive picture for home-mover mortgages. A look at the quarterly year-on-year figures, shows a more general improvement, with increases in all types of lending across the board.

“The market was a slow starter this year, but this quarter shows it is now firmly on an upward trajectory. With competitive rates and high levels of product choice currently available, alongside generally improving economic conditions, we expect this to continue as we head into the new year.

“Buy-to-let continues its growth this period, but at 18% of new lending in September remains the fourth largest lending type behind first-time buyers, home movers and remortgage. There were five times as many house purchase loans to home-owners as buy-to-let landlords in September, and the growth in buy-to-let lending largely continues to reflect its more belated recovery from recession.”

Chart 1: Loans to home-owners and for buy-to-let by value 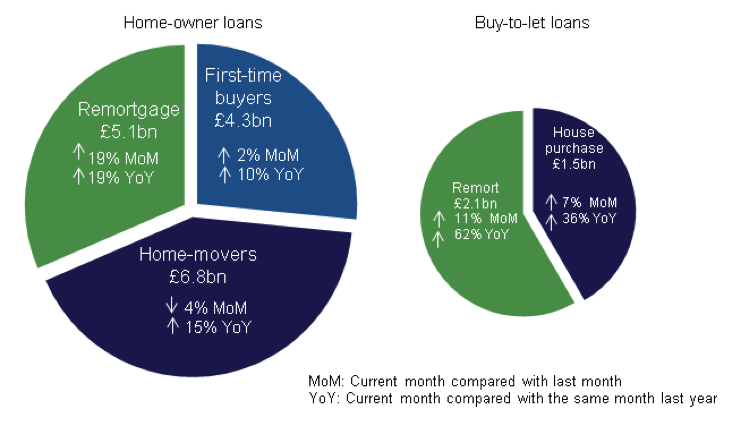 Chart 2: Number of loans for house purchase and proportion of FTBs and home-movers 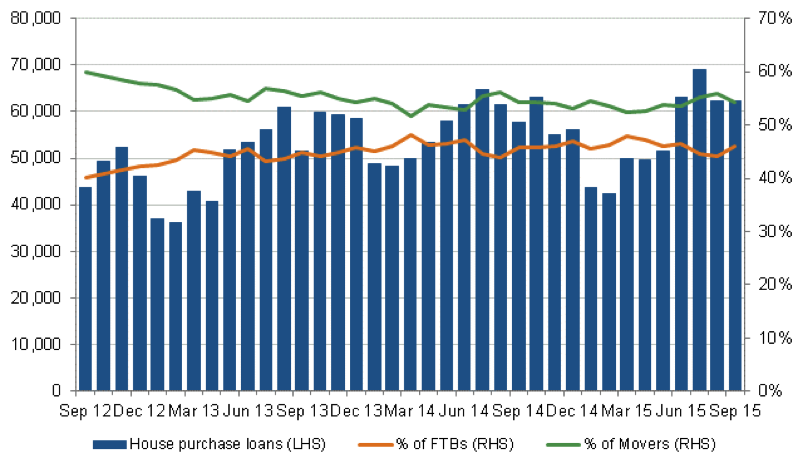 The CML report went on to highlight that, “House purchase lending in the UK in September saw no change by volume of mortgages advanced compared to August, but there was a dip in amount borrowed month-on-month. However, there was an increase in the number of loans for home-owner house purchase compared to September 2014, the fourth month in a row there has been year-on-year increases.”

Henry Knight, Director, Springtide Capital, commented: “This is another promising sign that confidence is returning to the mortgage market. I truly hope that this pattern continues into the new year.”